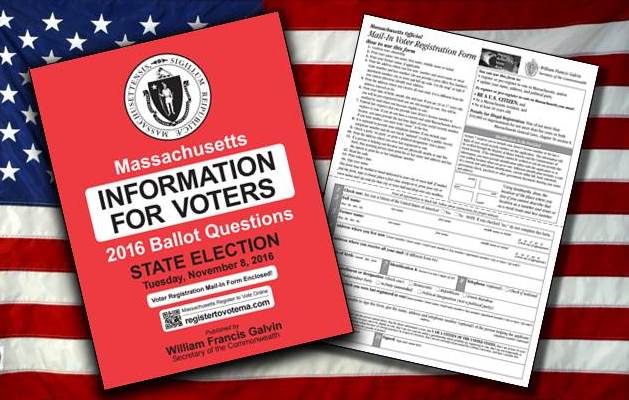 The SCSD held a voter registration drive in collaboration with external agencies for voting-eligible detainees and inmates at the Nashua Street Jail and House of Correction. 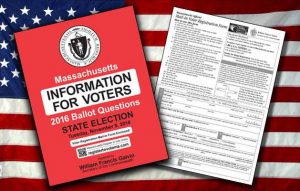 Under the leadership of Suffolk County Sheriff Steven W. Tompkins, Department staff members recently joined with representatives from a group of nonpartisan voting rights organizations to help register men and women incarcerated at the Nashua Street Jail and Suffolk County House of Correction to vote in the upcoming 2016 General Election.

Though Massachusetts currently suspends the right to vote of those who are serving time on felony charges, as does nearly every state across the nation outside of Maine and Vermont, the prohibition of voting rights does not extend to those who are un-sentenced and awaiting trial or convicted of misdemeanor crimes.

The Suffolk County Sheriff’s Department provides programming and training for inmates and detainees that are designed to improve their social, educational and employable skills with the goal of reducing recidivism and contributing to overall community health and safety. As part of those efforts, the Department emphasizes civic participation and responsibility, and encourages those who are eligible to become engaged in the decisions that directly and indirectly affect their communities.

“The vast majority of our detainees and inmates are from neighborhoods that fall within a five mile radius of our facilities,” said Sheriff Tompkins. “We want them to leave us as individuals who are better able to care for themselves and their families, and take an active and positive role in their neighborhoods when they return. Civic engagement – being involved in the process through which our laws are created and decisions are made – is a critical part of that.”

If the numbers are any indication, it appears that many incarcerated individuals feel similarly. At the Nashua Street Jail, 120 men have been registered and at the House of Correction, 148 men and women have been added to the rolls of potential voters. In addition to the nonpartisan information provided by the Massachusetts Secretary of State’s Office, the populations at both facilities also received materials outlining the current state ballot initiatives and questions.

According to Suffolk County Sheriff’s Department Volunteer Coordinator Pat O’Neal, the positive responses from past and present participants underscore the desire than many have to remain connected to their communities while incarcerated.

“This isn’t the first election that we’ve made these services available to the men and women in our facilities and I’m confident that it won’t be our last,” O’Neal said. “We’ve had good participation and we’re happy to be able to encourage more people to become involved in the civic process.”

That involvement, says Sheriff Tompkins, is not only a key component in the rehabilitation of those already incarcerated, but it also has the great potential to prevent future offenders.

“The majority of those who are in my care and custody are there as a result of addiction or mental illness, or both, and many of them belong somewhere other than jail or prison,” said Sheriff Tompkins. “It’s clear that we need more recovery and mental health resources in the community, and part of getting them requires that we all be civically engaged and making sure that those in elected office are working in their constituents’ best interests.”

“Ultimately,” Sheriff Tompkins continued, “much of our population is already disenfranchised and voting, making your voice heard, is crucial to empowerment which, in turn, helps to create communities that are safer, healthier and more vibrant for everyone.”