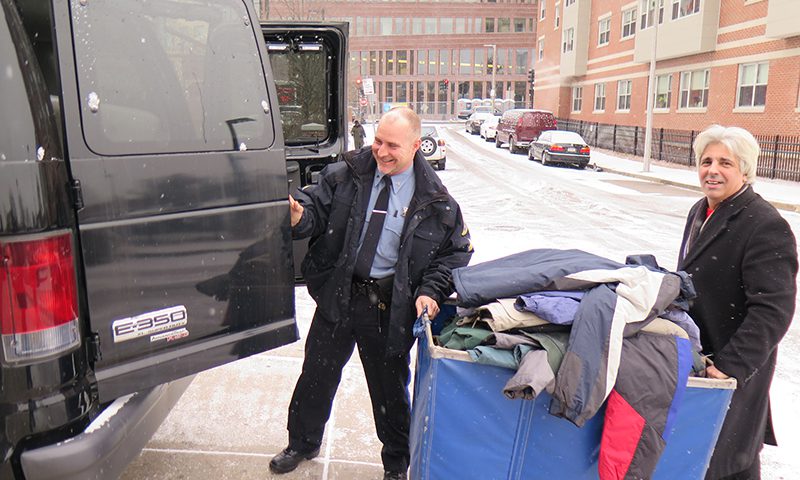 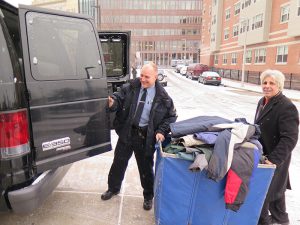 As traditional winter in New England begins to take hold in earnest, citizens of Suffolk County are steeling themselves against the inevitable cold and snow likely to highlight portions of the next few months.

While most residents bundle up in layers and warm coats to brave the elements, some ex-offenders on the verge of completing their sentences at the Suffolk County House of Correction are faced with the daunting prospect of trying to begin this new chapter in their lives by stepping out into the air wearing only the clothes they came in with during the warmer months.

“Some inmates come into the institution at the beginning of their sentence in a t-shirt and shorts,” said Lahage. “Then, they walk out the front door in mid-winter with no one waiting to greet them. Providing a warm coat is a small service, but when it’s freezing outside, it doesn’t seem so insignificant.”

According to Lahage, the first seeds for the coat drive were planted about 15 years ago while he was working as a discharge planner for the Department. That’s when he began gathering coats for inmates, tapping into several of his contacts within the community and rounding up donations of coats to give out to those in need during the winter months. What started the 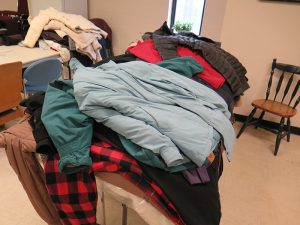 n as a small gesture of support for ex-offenders looking to turn their lives around has now become a regular part of discharge planning.

“I use connections to community-based agencies that I’ve made over the years,” said Lahage. “I worked with some of these organizations even before I came to the Department.  Many of them have surplus coats in stock – nothing fancy, but warm enough for people leaving us to use to get to their next stop.”

Once the call comes in that an agency has coats to give, the donations are collected, run through a security check and then stored in Inmate Property. To receive a coat, all that one has to do is ask for one at discharge from the facility when they claim their property.

“We’ve probably given out a thousand coats over the last 12 years,” Lahage said. “By springtime, they’re all gone. Inmates are sometimes surprised that we have them to give when they ask, and they’re grateful for the service. It’s just another little thing that we can do to try and make their transition back into the world easier and, hopefully, more positive.”