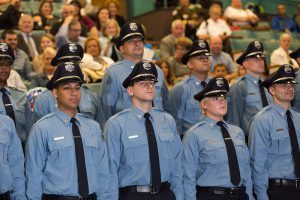 Sheriff Tompkins, members of the Department and loved ones of the graduating officers gathered in the auditorium of Bunker Hill Community College to celebrate the momentous occasion. During his address, Sheriff Tompkins congratulated the new officers and welcomed them to their new place of employment at the Suffolk County Jail.

Graduates of COTA Class 17-01 completed an intensive 13-week instruction in subjects that included ethics and professionalism, suicide prevention, the use of force continuum, firearm safety and handling, inmate education and programming, contraband control, courtroom testimony, CORI and inmate rights and responsibilities, fire safety, CPR, sexual harassment, cross-gender supervision and report writing, among a host of others.

Following the swearing–in ceremony for his fellow new officers, COTA 17–01 Class President Jonathan Mendez took to the podium to congratulate the new officers and thank their families and supporters. 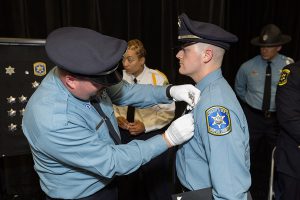 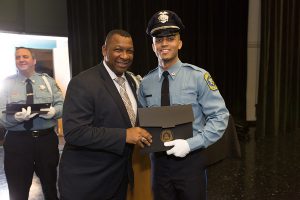