Superintendent of the House of Correction

Superintendent Sweeney is a Nationally Certified Jail Manager and a 31 year veteran of the Sheriff’s Department.  As the Superintendent of the House of Correction, Bill oversees 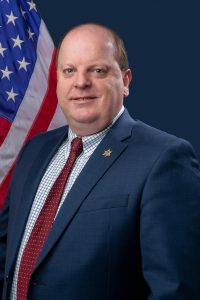 the eight-building Suffolk County House of Correction facility with a daily population of nearly 700 inmates and more than 500 trained correction officers. He also represents the Department in many liaison roles with external law enforcement agencies, the judiciary, state and city administrators, and various legislators.

Bill earned a Bachelor of Arts degree from Western New England College and a Juris Doctor from Massachusetts School of Law in Andover.

Bill also holds the Society for Human Resources Management Senior Certified Professional certification and the Massachusetts Certified Public Procurement Officer certification. Bill is an approved Massachusetts Commission Against Discrimination (MCAD) investigator of harassment and discrimination in the workplace, has been a Local Board Member for the Selective Service Commission for 20 years, and is a former SEIU Local 285 Chapter President.