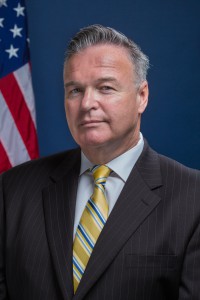 Michael Harris is a 16 year veteran of the Sheriff’s Department and brings more than 20 years of public sector management to his role as Superintendent In–Chief.  A Nationally Certified Jail Manager, Harris is responsible, under the direction of the Sheriff,  for the Departments’ overall operations which encompass 1000+ employees, 3 stand- alone facilities, and an average daily inmate population of 1800 men and women.

During his tenure with the Department, Harris has been instrumental in developing and implementing a multitude of process improvements to operational polices practices and procedures that have led to a notably higher level of staff professionalism and significantly enhanced measures of care and custody for inmates and detainees.

As Superintendent In–Chief, Harris is responsible for the recruitment, hiring, assignment and career development of staff.  He chairs the Department’s Policy Review Committee, serves on the Training Advisory Committee and teaches a law enforcement operations curriculum in the officer candidate academy. Harris also represents the Department in many liaison roles with external law enforcement agencies, the judiciary, state and city administrators and various legislators.

Superintendent In–Chief Harris holds a Bachelor’s degree from Hobart College and a Master’s Degree from the John W McCormack Institute of Public Policy at the University of Massachusetts at Boston.