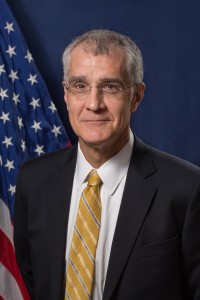 The Office of the General Counsel represents the Sheriff’s Department in legal matters including, but not limited to those brought in state and federal trial and appellate courts, as well as state administrative agencies such as the Labor Relations Commission and the Massachusetts Commission Against Discrimination. It also reviews and drafts contracts involving the Department, including those for the procurement of goods and services. The Office of the General Counsel also represents the Sheriff in all arbitration proceedings.

Allen Forbes was appointed to the position of General Counsel in December, 2012. He began his career with the Suffolk County Sheriff’s Department in 2008 as an Assistant General Counsel, handling employment, civil rights, contract, and discrimination cases in state and federal trial courts. Allen has also served as Chief Civil Deputy of the Department’s Civil Process Division.

Allen earned a B.A. in Philosophy from the Pennsylvania State University in 1983 and a Juris Doctor from Northeastern University School of Law in 1989.